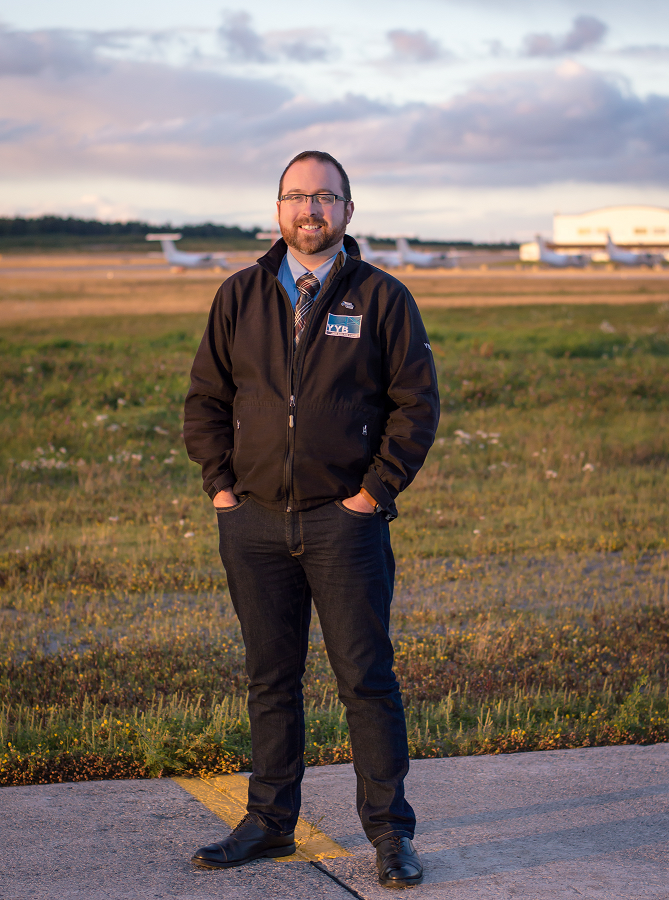 In 2014 the North Bay Jack Garland Airport Corporation developed the position of Security/Operations and Service Development Manager which Bryan was hired for. In this newly created position Bryan is responsible for the Airport Security Program, employee Health and Safety, and administering several programs including Airside Vehicle Operator Permits, Restricted Area Passes, access control, and facility maintenance. In addition to day-to-day and annual operational activities, Bryan was actively involved in the completion of numerous projects including the modernization of the airport’s security system and processes, rehabilitation of the maintenance garage roof, replacement of the maintenance garage heating and ventilation system, and upgrades to lighting, signage, and wayfinding throughout the airport.

Also in 2014 Bryan received his Certified Member accreditation for the International Association of Airport Executives – Canada, and plans to complete further accreditation in the future.
Bryan remains actively involved with the Canadian Cadet Organization, as a Captain currently serving as Commanding Officer of the 204 North Bay Algonquin Royal Canadian Army Cadet Corps for a second term. Previously he has fulfilled roles of Training and Administration Officers for the corps. Bryan originally completed the Air Cadet Program with 724 Midland Air Cadet Squadron, receiving his glider pilot license and completing the first ever national Airport Operations Course in the program.

Bryan has been Northeastern Regional Director for AMCO since 2017, continuing to support the association and its diverse membership with the various challenges of operating airports and aerodromes. He has been involved with the association since 2010, serving as Executive Director for four years and attending each annual Convention and Tradeshow since then.